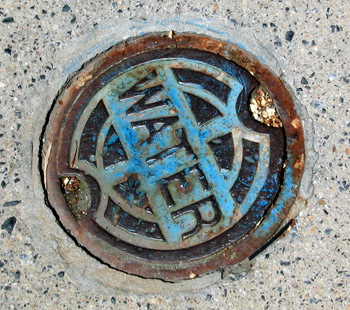 The ladies ate huge pre-nap meals. Mimi truly ate a gallon of soy yogurt, some tortilla chips with hummus, veggie chips and drank three empty yogurt cups of soy milk. Beenie ate the same, tho her yogurt was greek style fat free cow milk yogurt, which she mixed with her soy milk to create a yogurt smoothie of sorts. This mixology she has performed before, and it is impressive. Nothing goes to waste — she drinks it to the last drop. It’s just a little weird is all.

I thought, because they ate and drank so much, I could put them into their cribs after their snack and they wouldn’t notice I hadn’t given them a bottle, and they would drift off into a sweet baby sleep, the little angles. I was wrong, as I have been many times in the past. They went down around 1pm, cried, babbled, threw items, cried more until around 2pm, when Mimi had an alarming cry I had to investigate. All seemed fine once I was in their room. They just wanted their damned bottles. So I told them I needed a few minutes, came downstairs and made their damned bottles, brought them back upstairs and handed them to their humans. Smiles, smiles. There was some discussion after the bottles, too, but now at 2:15 it is quiet, an hour and a half after I put them in their cribs.

I might actually close my eyes, too, today. The baths I gave them before snack and nap time sucked the life out of me.