Today I tried something different. Lunch BEFORE naptime. I know, I know. It sounds crazy. But I had to try something since naptime has been starting and finishing later and later each day, and the girls were going for longer amounts of time without food. I am now wondering if Beenie’s nap hesitation was because she was starving! She especially responded to this pre-nap, pre-bottle snack. Some avocados, a cracker, a bit of chicken and soy yogurt. Mimi was hesitant to accept the new feeding schedule. I think she wanted her bottle and to go down for a nap, but I made sure she got some of the avocado and yogurt in her little gullet before release from her high chair. We went upstairs after their snack and they had bottles and quite easily went to sleep. No fights. I’d like to thank G.M. and J.M., other star moms, for their recommendations for earlier lunch. They were right. 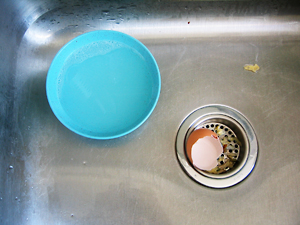 It’s funny how stuck a new parent can get in what seems like an unmovable routine. If you and they are used to a nap with a bottle around 11 a.m. or 12 noon, then having a meal post-nap, around 2 or 3, it’s not so easy to break the habit. It worked so well for so long (in baby time a few months is a long time) nobody wants to deviate from the norm. But today I see they need more regular snacks. Really, it’s not like their bottles contain formula, which was like food. No, they have soy, rice and regular milk in them. Drinks, not food. I’m wondering what to feed them when they wake up. I already shot my egg wad for brekky, but maybe another egg and i could try making a turkey sandwich or something. Mimi might get upset with no egg. She likes her food hot. I’m not sure if Beenie cares or not. Just keep that bread comin’. She loves her bread.

By the way, it’s not like they are wasting away. These young ladies are well proportioned, muscular and VERY well-fed. Quite healthy and strong if I do say myself. If I take credit for anything, it’ll be that.

Ironically, speaking of healthy… I introduced potato chips to the girls this morning. I handed them each two and they walked off into the living room. Then I heard a simultaneous mmmmmmMMMMMMM! Welcome young ladies, to the finest in American cuisine. I prefer Lays potato chips to UTZ, which I know is some kind of Baltimore blasphemy, but I cannot help myself. Lays are just better. Greasier and saltier. Didn’t I just write that my daughters are well-fed? Mothers are mistresses of contradiction. It’s all the poo fumes they inhale during the course of a day.