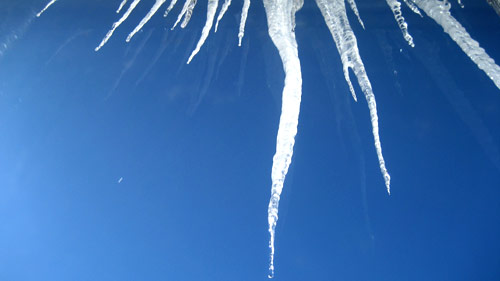 Yeah, we did survive yesterday, barely. Today the sun was shining in a clear, blue sky. I did some research on tropical beaches to go to, which are unaffordable to us. I did find a small amount of comfort in the fact that there were pictures of white sandy beaches and deep blue water awaiting someone. I’m gonna shoot for a weekend trip to NYC to visit an old friend in March. Let’s all cross our fingers I can make that happen. Bolt bus is $20 each way or less, so all I’d have to spend would be food and subway money. Hopefully I’d just be lying around my friend’s house, spending nothing. And sleeping. I’d like to sleep.

I’m still pretty sick. Beenie’s pink eye appears to be going away, Mimi’s cold is not getting worse. Somehow, school is open tomorrow, but the fact that there is no way for a car to get off our street makes me think we won’t be there. Besides, nobody wants eye goo and snot and swollen lymph nodes up in their preschool. Gonna have to miss the Valentine’s Day partay. Add it to the hundreds of other school days they have missed. Good thing it’s cheap.

As hellish as the entrapment of the past week has been, in many ways, it has also been of some value. You gotta be able to come out the other side of this kind of thing. It can’t always be the worst thing in the world to be stuck in a house with your family. For me, I’ve been training for this past week for the past four years. In the house for days, weeks at a time, raising little kids. I’m used to this special type of torture, and like it in certain ways. It will make me appreciate the outdoors, once I’m feeling well enough to go outside. It will give me added energy in the hellish, sweaty, humid summertime to hit the playground ONE MORE TIME. I’ll think back to five or six feet of snow piled in between cars on our street, think how great it is to be able to leave the house when I want. I’m saving this blizzard memory to pull out on a 100 degree day six months from now.