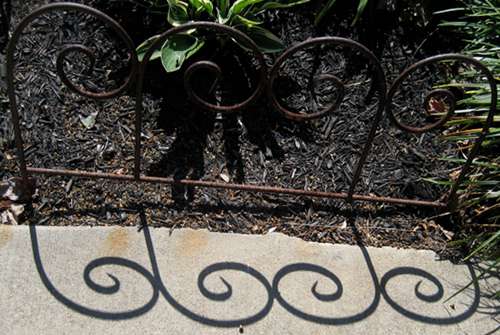 It doesn’t matter where you send your kid to school for the first time, because half the time they’re gonna be at home with you working through a variety of disgusting sicknesses. As long as the teachers/caregivers are kind, don’t hurt or let your kid get hurt, seems to me you should go for the cheap-o, bargain basement situation. Why pay for a school they won’t be attending, anyway?

The only thing worse than not having the girls signed up for preschool is having them signed up and not being able to take them because they’re sick sick sick! At least the place they go is relatively cheap, esp. compared to some $15K-25K preschool programs at elite private schools around town. Baltimore city is oozing with extremely good private schools that are utterly unaffordable for regular people yet has almost no decent free public schools, with the exception of a handful of decent public charter schools that have huge waiting lists and you have to win a lottery to actually get into them. I’m not 100% sure the lottery applies to all of them, actually, just the few that are in our area. I want to know why any kid in this city can’t go to a safe, free public school and graduate ready to enter decent-ish society, whatever that is. As I’ve heard many adults say, “Isn’t this what my taxes are supposed to pay for?!” God. I have been thinking lately how this type of conversation, the where is my child going to be able to go to school conversation, is one I never thought I would be having. Me. Do I have children? REALLY?! Geez! When the fuck did that happen? One minute I’m living in an apartment with a bunch of art students in Chicago, boozing it up, going out every single night to see bands play, smoking cigarettes, working a shit job for almost no money, painting all the time whenever I wanted, having ‘boyfriends’ (but never really considering the idea of reproducing), traveling overseas; the next minute I’m having the school conversation with other parents in Baltimore, Maryland. What exactly happened between 1995 and 2009 other than fourteen years of aging? How did this all come to be? I CAN’T REMEMBER!!!

Boy I’d be pissed if I’d saved up a bunch of money, put the girls in a shi-shi private preschool then had what’s happened to them, which would’ve happened to them anywhere anyway, happen, causing them to miss over a week of school from illness they procured at school, all after I’d become gainfully employed full-time. What do people do who start a new job, stick their kids in daycare or preschool, then their kid/s get sick? How do you explain that to your new boss? I can’t come in, sorry. My kids are sick. Is that what a person says? How in the world do people do it? My kids are actually recovering well from their first courses ever of anti-biotics, for different illnesses. But it truly took at least one week of us holing up in the house making sure everyone got all their medicine, fever reducers, pain killers, etc, as well as keeping everyone rested and hydrated. And this started after one week of school. I’m glad they’re experiencing this now, because it would be worse if it were kindergarten and I was a full-time worker and they’d never been exposed to this germy mess and built up their immune systems. They will be five or six by the time kindergarten happens. Two years of the snots and myriad scourges should make them superhuman, right?

Caring for sick little children is utterly exhausting. I am utterly exhausted. I wish I had more to report on the artistic/writing side of things, but I got nuthin’. I’m gonna floss, brush, rinse my aging skin and throw my tired self in bed. Nighty-nite.